Lead me not into the temptation to use terrible puns to introduce the Jesus fella. END_OF_DOCUMENT_TOKEN_TO_BE_REPLACED

I can clearly see Jesus offering a woman who has had an abortion acceptance, love, forgiveness and hope. END_OF_DOCUMENT_TOKEN_TO_BE_REPLACED

We’re on a dangerous slippery slope regarding freedom of belief. END_OF_DOCUMENT_TOKEN_TO_BE_REPLACED

You have to believe in something unbelievable – that a man came back to life – to really get to grips with Christianity. END_OF_DOCUMENT_TOKEN_TO_BE_REPLACED

For a chick with a chosen career in journalism (give me the facts, the facts), I’m a fairly heart-led, intuitive soul. I often can tell when women are in the earliest stages of pregnancy; this odd knowing ‘zap’ that pings into my brain. The last time it happened, with a work colleague, she was six weeks pregnant and had only done the pregnancy test the day before. She said nothing when I mentioned it at the time – but six weeks later sent me an MMS with the ultrasound image. “If you ever get sick of PR, maybe a career as a psychic would be good,” she told me.

So, in terms of mysteries and emotions, my heart was fine with how my faith unfurled. I’d been on the receiving end of too many unexplainable events in life to dismiss it. But my head? That was another matter.

Only this week an amazingly brave former Muslim, who fled his homeland after converting to Christianity, shared with me (and others) how he mentally understood Jesus first. But it took longer for his heart. For me, it’s been the other way round. 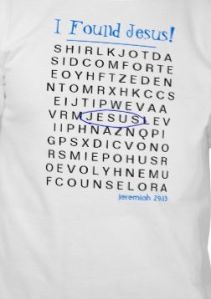 Whilst my heart whispered, “Imagine if..” my head would respond, “But, how?” We live in a society that demands head-led, not heart-led thinking. How could I get to grips with Jesus and resurrection with my head tying me up in knots?

People are more comfortable talking about God than Jesus. Jesus is the lightening rod. Because you have to believe in something unbelievable – that a man came back to life – to really get to grips with Christianity.

Worse, I was expected to have all the answers to defend where my heart was leading me. “How can you believe that someone came back to life?” is a question I’ve heard a few times over the past few months.

My head needed to read, research, get to grips – while my heart was jigging about in my chest, willing me to get with the beat, Baggy.

So I did both. Danced to the beat whilst feeding my head with research. And the journalist couldn’t ignore what was building up.

I also decided that it wasn’t up to me to prove to sceptics that Jesus resurrected. They needed to share the burden of proof too. Rather than dismissing it as magical thinking – “People just don’t come back to life, Phil” – could they please share with me the proof that Jesus didn’t?

Of course, I don’t have all the answers to the questions. Five months does not a theologian make. As the SAP’s wife kindly shared with me recently, she came to Christianity in her mid 20s, “and because I didn’t know the answers, I would admit that to my friends and say I’d check in with someone more knowledgeable at church. To which my friends would throw their hands up in horror and yell, “She’s in a cult, she has to go and be told the answers.””

First I did a course to get me up to speed on the J-man. Plus I kept reading and reading and reading. Gospels and beyond. I spent a lot of time looking at Jesus in the historical context of the first century. Because, back then, resurrection just couldn’t happen either. It was just as inconceivable then as I was finding it in the present day.

I’ve managed change communication PR campaigns for years. I’ve a Masters in Communications, most of my career has been spent understanding what has to happen for people to think and feel a certain way. It takes time and effort. So how did Christianity emerge so powerfully? Why did a group of first century Jews come to worship a human being as divine? That was pure blasphemy at the time. Plus, those early Christians were willing to die for it rather than renounce it. If it was just another wacky Messiah who got himself crucified, killed, and then stayed that way, why would the early Christians bother defending their own faith to the death? What had they seen that allowed them to accept their own death was not final?

I had to accept that there had to be some enormous event for a worldview to change so rapidly. Change at such a significant level takes decades. Yet historical, verified documents show that Christianity took off like the Ebola Virus on speed.

Also, the first thing I teach about communications: spokesperson credibility. You want to deliver a message that gets adopted? Then you make absolutely sure your spokesperson has credentials and standing.

The reporting of Christ’s Resurrection, in my opinion, was the worst PR campaign ever created. Each Gospel states the first eye-witnesses to the resurrection were women. In the first century, their low social status gave their testimony zero credibility. If you were going to pull off the biggest PR hoax of the first century, you’d choose your spokespeople more wisely.

As Timothy Keller concludes in The Reason For God, Belief In An Age of Skepticism, ‘The only explanation for why women are depicted in The Bible as meeting Jesus first after his resurrection is if they actually had.’

Keller also writes that the first accounts of the empty tomb and eyewitnesses are found not in the Gospels but in the letters of Paul to the Corinthians, which every historian agrees were written just 15 to 20 years after the death of Jesus. In 1 Corinthians 15:3-6, Paul writes of eyewitnesses – over 500 of them – to whom Jesus appeared after his death – most of whom were still alive at the time of writing and could be consulted for corroboration. Paul could not have suggested people to go and talk to eyewitnesses – verify the sources – if those witnesses did not exist.

After months of reading, questioning, praying and asking, my head finally caught up with my heart. 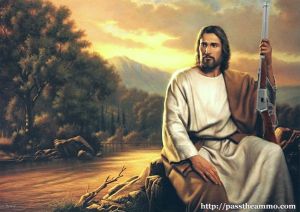 Yes, my head still wars with my heart. There are plenty wobbly moments – especially during the course I undertook. I’d pull over on the side of the road after a class and have a good cry. Change, as I’ve said, typically takes time. And I’m not the most patient of people. But whenever my head thought, “No, this is all too hard” my heart refused to listen. I realised my life would feel far less if I stopped.

So the SAP was right in that very first phone call. How in God’s name did he know?

However, if you ever catch me wearing a t-shirt like the one at the top of this blog post? Jesus, please shoot me.