Lead me not into the temptation to use terrible puns to introduce the Jesus fella. END_OF_DOCUMENT_TOKEN_TO_BE_REPLACED

I can clearly see Jesus offering a woman who has had an abortion acceptance, love, forgiveness and hope. END_OF_DOCUMENT_TOKEN_TO_BE_REPLACED

We’re on a dangerous slippery slope regarding freedom of belief. END_OF_DOCUMENT_TOKEN_TO_BE_REPLACED

You have to believe in something unbelievable – that a man came back to life – to really get to grips with Christianity. END_OF_DOCUMENT_TOKEN_TO_BE_REPLACED

Disclaimer: I read both books Me Before You and Me After You (the sequel) by JoJo Moyes long before the movie hit the screen. I cried buckets as, contrary to my kevlar exterior, I am nothing but a soft romantic underneath who adores a happy ending and the promise that love will, against all odds, conquer all. 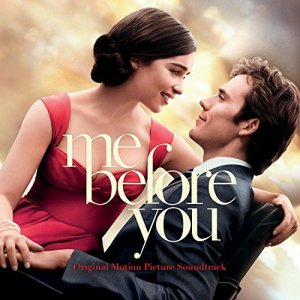 Spoiler alert: In a nutshell, the storyline is this: Will Traynor, after a terrible road accident, doesn’t want to live as a quadriplegic and has promised his parents to hold off on assisted suicide for six months. Louisa is hired to be his assistant for six months in the hopes that she can motivate him to want to live. They fall in love. He still chooses the assisted suicide. Love doesn’t conquer all.

Since the movie release of Me Before You there’s been plenty of Christian commentary about why Christians ought not pay for popcorn and viewing time because – like Christian author Ellen Painter Dollar – there are many who think there are dangerous lies in the movie’s plot. Dollar writes on her Patheos blog that Me Before You tells audiences that people with disabilities live difficult lives that aren’t worth living, and they are a burden to their loved ones.

The Christian commentary about the movie is it doesn’t take into account the hope of Christ. With Christ, everything about Will’s reality changes.  Not miracles and healing, but the promise that God can bring about good from anything, no matter how hard.

With Jesus, Christians point to the promise that God has a plan and a purpose for our lives. With Jesus, then Will choosing to end his life is Will playing God, instead of trusting God.

I think as Christians we have to be cautious of the vertigo we can succumb to on a high horse of morality. Yes, we all want Jesus to be enough, but not everyone grasps that blessing. Maybe Will couldn’t find enough hope in Jesus to go on. Or maybe Will was more like Jesus than first appears – offering hope and redemption to Louisa who was just as stuck and broken as he, despite her being able-bodied.

Yes, Louisa is also broken, she just looks whole and healthy on the outside. Victim of a gang-rape, she has ended up with unfinished studies, dating a one-dimensional local lad, and has packed away her hopes and dreams of travel and adventure because one night stole them away. Her previous joy in life, her positivity, her technicolour view of the world was jarred, broken and smashed. She exists cautiously. Carefully packing away the colour and joy that attracted those drunk boys who did not stop when she begged.

Will brings colour back to Louisa. Yet he still chooses to die, despite Louisa’s protestations. I imagine the disciples having a similar conversation with Jesus:

“Look at the miracles you are performing. There is so much joy and life and colour in what you do. What we are doing together. Why do you keep saying you have to die? Aren’t we enough? Why don’t you want to stay with us?”

Of course, Will doesn’t resurrect. Instead he leaves Louisa a financial bequest to pursue her dreams, broken hearted he still chooses self-termination, but with the knowledge that she can come back from the grief because Will has already shown her how to come through past horror. Echoes of Jesus, if you choose to adjust the lens with compassion.

My Mum was so shattered at a point in her life she attempted suicide. At the time, I experienced first-hand the lack of grace and compassion from Christians who muttered about it being a sin. Perhaps not as pre-meditated as Will’s assisted suicide, but – if you agree with the Christian movie commentary – the same judgement: she wasn’t trusting God could bring about good from anything, no matter how hard. Choosing to try to end her life was her playing God, instead of her trusting God.

Does the movie romanticise euthanasia? Buy into the Hollywood illusion that unless you are physically whole you have less value? Perhaps. Or does Moyes cleverly show us that brokenness pervades all and – no matter how shiny or perfect Hollywood attempts to make it – broken is broken.

The movie gives Christians a platform to talk about faith and hope in Jesus beyond wordly suffering, sure. And there are many Christian individuals with disabilities who point to their faith as the reason they persevere with joy.

But to sit in a ‘for’ or ‘against’ camp regarding the movie doesn’t truly speak the full measure of Christian compassion and grace. Jesus understands our pain, doesn’t he? That much as we may want to walk like him, being unable to move from the neck down, reliant on medications to stop your body backing up and breaking down with toxins, needing someone to feed you, toilet you, wipe you, move you, scratch your damn nose – well…. until you’ve sat an ulcer-prone month in a specially adapted wheelchair, it’s unwise to judge.

I read the book and – ever the optimist – thought Will wouldn’t go through with it. Was he selfish to do so? Many (most) respond that suicide is the ultimate selfishness. But so too is judgement. Whether it’s judging a character on a screen or another human being for his or her choices, as soon as we judge we are showing how we selfishly believe our way is best. Our choice is best. Our hope is best. Our Jesus is best.

Problem is, as soon as we do that, then people raise their eyebrows at Jesus being best. “How can he be best?” they scoff, “when so many Christ followers are wagging fingers and telling us what movies to watch and avoid? Pass me a choc top and tell them to quieten down.”

I suspect Jesus wouldn’t wag his finger at the end-my-life Will. He’d most likely grab him close, see him redeemed and unburdened by his broken body, mind and heart. Cry with him over the pain. Maybe we ought to try that ourselves before wagging our fingers.

3 thoughts on “Me before you. Where the movie meets Jesus.”