Lead me not into the temptation to use terrible puns to introduce the Jesus fella. END_OF_DOCUMENT_TOKEN_TO_BE_REPLACED

I can clearly see Jesus offering a woman who has had an abortion acceptance, love, forgiveness and hope. END_OF_DOCUMENT_TOKEN_TO_BE_REPLACED

We’re on a dangerous slippery slope regarding freedom of belief. END_OF_DOCUMENT_TOKEN_TO_BE_REPLACED

You have to believe in something unbelievable – that a man came back to life – to really get to grips with Christianity. END_OF_DOCUMENT_TOKEN_TO_BE_REPLACED 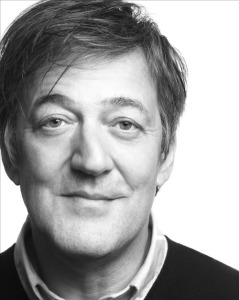 Stephen Fry’s recent challenge to God at the pearly gates sent him trending all over social media. As a new Christian and a writer/journalist, the responses and posts had me acting like an alerting meercat on speed.

I was enthralled by the arguments bellowed to and fro between atheists and Christians. Some, I happily pondered. Others? Well, some of the UHT Christians (those who have been at this a long, longer life than I) and atheists need to take a Xanax. No wonder people look at Christians strangely when what I read had echoes of two toddlers in a sandpit arguing over whose toy truck is better.

I have joked since the start of my Christian journey that I’ve always believed God and Jesus needed a better PR agent, but that I never expected they’d hunt me down and challenge me to take the job. Seriously, there’s some personal branding work required.

No, I’m not going to start the ‘to and fro’ arguments back and forth here. There have been enough. Yet as a journalist I am going to call UHT Christians on one argument that some latched their teeth into and really niggled me. Namely, Fry can’t challenge God on bone cancer in children because, as Fry is an atheist, he doesn’t believe in God. Simplified, some in the Christian community are saying he can’t have it both ways. Yet they are missing a significant point.

Fry answered the question posed by Gay Byrne: “Suppose it’s all true, and you walk up to the pearly gates, and are confronted by God,” Bryne asked on his show The Meaning of Life. “What will Stephen Fry say to him, her, or it?” There’s little point having a Christian argument that Fry, as an atheist, can’t have an issue with God because he doesn’t believe God exists. Byrne posed a hypothetical. Fry answered. The biggest error was Byrne failed the golden rule of interviewing: never ask a question you don’t know the answer to.

Look at the footage (please google, I’m so saturated I can’t even link it). Byrne is horrified. As an interviewer he handles it terribly. Fry was able to hit the ball out the park. I suspect the show’s producers were expecting Fry to brush off the question – “I’m an aethist, so that question is redundant” – or perhaps secretly hoping he’d say something witty such as: “Oops, looks like I made a mistake. You do exist,” leaving them with the opportunity to pepper social media with headline soundbites such as, “Atheist Fry Admits He Made A Mistake Over God.”

An interviewer worth his salt would have challenged Fry and introduced the topic of sin. Whether Fry believes in God, the Fall, and the saving grace of Jesus’ death and resurrection or not, that was the precise moment to bring it up. The door opened for Byrne to step through with the Christian viewpoint: that pesky apple and the serpent. God’s intent was not bone cancer in children, but health, joy, ease and grace. Which is why He bothered coming to earth as man in the New Testament.

Imagine where the interview could have gone if Byrne had grabbed the opportunity to talk to Fry about Jesus’ resurrection, forgiveness, grace and saving souls one at a time. With a mind like Fry’s, that would have been an interview to behold.

I am also offended that Fry is accused of being disrespectful. ‘Don’t talk to God like that’, some of the posts bluster. Yet, atheist, new or UHT Christian, why wouldn’t you ask some seriously pointed questions of God? Isn’t that the point of faith, that you can rail at Him (as I’ve alluded to before in vodka-cruiser style slanging Psalms), and draw closer to Him in an incredibly personal relationship? This is a God ‘who sings over us’, who’s like the Father with the Prodigal Son, who rejoices in heaven when just one of his lost sheep come back to Him. A God who loves that much isn’t going to be offended when you ask him a few curly, even disrespectful questions. Parents of teenagers have insight into that!

Give me an opportunity to sit next to God and Jesus on a long-haul flight, and I’d be asking some serious questions too. Whilst I happily glorify Him for love, care and the pretty astounding personal stuff delivered into my life in the past year, it doesn’t mean I’d sit there in dumbstruck awe eating my economy peanuts (I know God and Jesus would fly coach, the New Testament writings about hanging out with the poor and the oppressed pretty much applies to economy and the leg room on a long-haul flight). There are certain things I’d love ‘from the horse’s mouth’ clarity on.

I would have preferred Byrne to elevate the conversation. Whilst I have spent some of the past week overwhelmed by the posts and counter posts that Fry’s comments sparked (I’m a glutton for research), there’s one thing I totally agree on: Apologising on BBC Radio 4’s the Today show for any offence he might have caused Fry said: “I’m most pleased that it’s got people talking. I’d never wish to offend anybody who is individually devout or pious and goes about their religious ways, and indeed many Christians have been in touch with me and said that they’re very grateful that things have been talked about.”

Hear Hear. Perhaps Stephen Fry would care to join me on my next long-haul flight? We can share peanuts.