Lead me not into the temptation to use terrible puns to introduce the Jesus fella. END_OF_DOCUMENT_TOKEN_TO_BE_REPLACED

I can clearly see Jesus offering a woman who has had an abortion acceptance, love, forgiveness and hope. END_OF_DOCUMENT_TOKEN_TO_BE_REPLACED

We’re on a dangerous slippery slope regarding freedom of belief. END_OF_DOCUMENT_TOKEN_TO_BE_REPLACED

You have to believe in something unbelievable – that a man came back to life – to really get to grips with Christianity. END_OF_DOCUMENT_TOKEN_TO_BE_REPLACED

Almost a year ago I sat amongst a group of Christian women, some of whom I would describe as UHT (long, longer Christian life), others just as green and newish as I. We had gathered together over a few weeks to watch the Christianity Explored series, which is essentially an introduction to Jesus, the gospel and grace 101. Whilst I 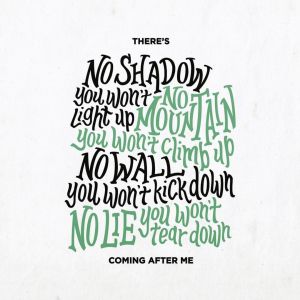 originally chose to attend in order to offer my journalist-head some proof, the reality was sitting upon me uncomfortably.

We had reached the point of the crucifixion, Jesus’ exhale “it is finished”,  the temple curtain ripping, of blood, tears and a humiliating public death full of mockery and rivers of spit. The leader of the group asked how it made us feel, Jesus dying on the cross for us.

I was uncomfortable as hell with the idea. I sat there under no illusions of any sort of self-worthiness. I didn’t feel worthy of someone dying for me, for goodness sake. Die for someone else who deserves it, Jesus, but not me.

I’ve spoken to addicts who, full of shame and self-loathing, were literally delighted in Jesus’ generosity. Feeling broken and unloveable, the unconditional love poured out on them by God – His giving His only son – gave them a sense of worth and esteem that quite literally replaced the need to fill up their inner emptiness with alcohol.

I was less delighted. I recall leaving that evening, driving away and having to pull over due to the tears blinding my vision. They weren’t tears of relief. They were hot, angry, bewildered and irritated. “I didn’t ask You to do this,” I recall firing furiously at the sky. “Now what am I supposed to do with it?”

I suspect, back in the early days, if the SAP was asked for one adjective to describe my coming to Jesus, he would use the word “confronted”. Not because of who Jesus was, but because of what I was and what I didn’t do. For me, Jesus’ gift of love was confronting and uncomfortable.

Love was something I had reason to be cautious of. In my history, love was something I’d learnt to control before it lashed in and tore. My personal thunder road was littered with relationships that, as soon as the magic ‘I love you’ was uttered, I’d exit, rarely gracefully, most often messily, leaving confused suitors behind. Sometimes it descended into restraining orders and, in one memorable case, a young man used a car key to gouge my initials into his hand whilst threatening suicide on a climbing weekend in Snowden. Through it all, I’d wonder at what madness gripped them. I seriously wasn’t worth that much emotional pain. Mata Hari I am not.

So my experience of love was rarely patient and kind; it was bitter, blackmailing, unforgiving and a wasteland of harsh words. I lived in a hedgehog ball, seeking love and redemption on one hand whilst rolling myself up on another. In my darkest relationship moments, I hurt before I was hurt first.

So Jesus dying for me pressed uncomfortably. Not least because, by the time I’d decided to figure this God and Jesus business out, I was 100% certain I’d therapied all those wounds. Yet there I was again, ridiculously confronted by being loved so much that God would give His son to die for me. Poised to run from the ultimate ‘I love you’ because, oh my God, it’s me. Don’t you know the mess that I make, God? Did you not see what I did to that poor, bewildered man-child on Snowdon? And then there was….  and what about…. and.. I am not a good bet, God. It’s a miracle (and lots of great therapy) I made it to the altar and 20 years with Big T.

Nor did Jesus die cleanly in a way my head and heart could sanitise. It was the equivalent, in my view, of a public beating, dismembering, stuffing the body parts into a suitcase, throwing it into the nearest river, capturing it on video and sharing it on social media to millions of views. This wasn’t gouged initials in a love heart on the back of someone’s hand and frayed climbing rope. It was more, much more – because there were no strings attached.

God gave His son for me before I was born. As God whispered eternity on my heart and sang over me in my mother’s womb, it was already finished. I didn’t have to do anything but trust that this ridiculous, radical, crazy love was for me, all of me. That it would never hurt, wound or blackmail. That it was the most perfect love I could never imagine, yet in a way had always been looking for.

What did I do to deserve this, God? Absolutely nothing. And that’s the miracle.

2 thoughts on “What did I do to deserve this, God?”